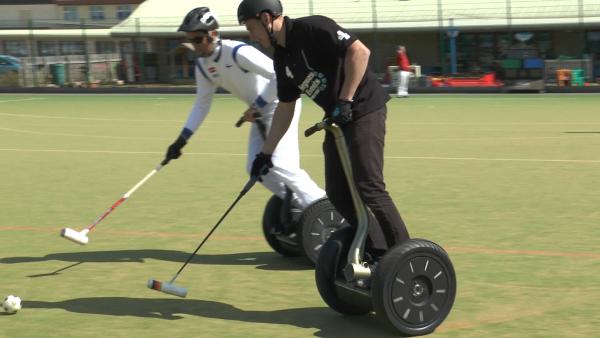 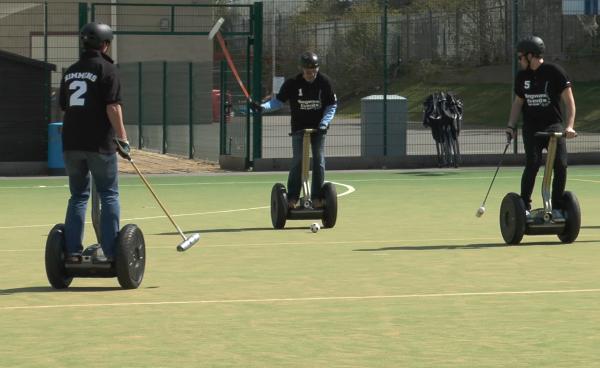 Last weekend a multinational tournament was contested on the grounds of a college in Rugby.  In a town more associated with egg-shaped ball sports, a very unusual kind of polo was taking place; with not a stirrup or a pair of jodhpurs in sight.  This was the UKs first International Segway Polo Tournament and it seemed only fitting that a team from Segway Events should be dispatched to take part.

It seems unlikely that it was a coincidence that the event was held on sports grounds on a road called ‘Technology Drive’; with our inexperienced players driving their technological wonders into battle against 15 other teams, including 4 World Champions.

This was not only the first International Segway Polo Tournament in the UK but the first competitive games our team from Segway Events had ever played and they were pitted against the cream of the international crop.  Teams had flown in from Sweden, Finland, Germany, Spain and even Barbados to take part and, hopefully, take home the trophy.  Our boys were undaunted though.  With Helmets on and polo mallets held high our team took to the field time and time again and, despite some understandably heavy defeats, kept enjoying themselves throughout.  They even came close to victory against a team sent by the BBC.

The sport of Segway Polo has been around since 2003 and has gained momentum since in part due to the activities of long term player and Apple Co-Founder Steve Wozniak and the establishment of the Woz Challenge Cup in 2006, which is the Segway Polo World Championship.  It was the 2012 winners of this very cup who went on to victory at the UK Tournament on Sunday.  A german team known as the Balver Mammuts.

Though German teams dominated this tournament, UK Segway Polo founder Mark Weller was encouraged by the performance of British teams especially ‘considering they were only introduced to the sport last year’.  The successful event is hopefully a sign of more Segway Polo in the UK soon and Segway Events are certainly looking forward to a chance to redeem themselves at the next International Tournament!