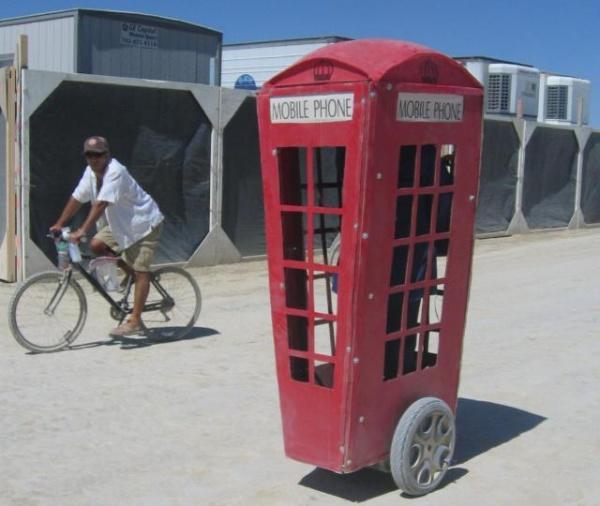 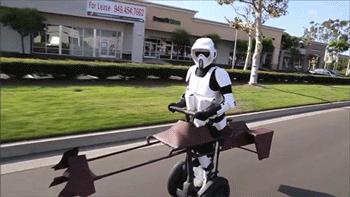 This brilliant costume was showcased at the annual festival The Burning Man. Once a year thousands upon thousands go to Black Rock Desert, Nevada, United States to create what they call ‘Black Rock City’ to celebrate community, art, self-expression, and self-reliance. This man/woman has cleverly implemented shade and transport into his wicked costume that he has custom made it to sit on his Segway and we love it!

This is one for our fellow Star Wars fans! Look at this incredible costume using a Segway as a base! It 2014 Rodger Cleye created the Speeder Bike frame to attach to his Segway and then decided to wear a full Scout Trooper outfit to ride around town on. Genius! For those of you who do not know, a Speeder Bike is a method of transport used to travel throughout the Galaxy at high speeds. To watch the full video of Cleye riding around town click here.

This guy took his outfit to extremes with this insane Segway creation! He has managed to make the Segway look as though it is a physical part of his.. body? This brilliant Segway has been fully customised to look like a robot complete with headlights! This Police Robot was seen at a Cosplay gathering. Cosplay- which is short for ‘costume play’ is where predominantly gamers will create elaborate outfits and costumes in order to replicate a specific character.